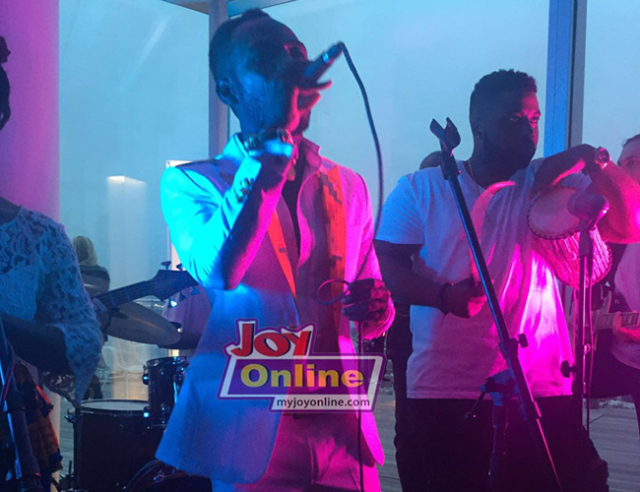 Rapper Okyeame Kwame made history Tuesday night by becoming the first Ghanaian act to perform exclusively for a section of the US media.

The award winning rapper had a closed session for the select media, including New York Times and Rolling Stone, at the Annie O Music series in New York.

Okyeame Kwame performed with Syncros Systems, a New York-based band and thrilled the media personalities to some of his hit songs.

He started the night off by performing, ‘Mansa Aba’ and then ‘Anaaa’, ‘Faithful’ and a host of others.

The event, which took place at the Standard East Village Penthouse, had, apart from the media, about 100 people in attendance including some Ghanaians.

See a video of his performance and some photos below: