David Miller boasts of a career spanning more than two decades, playing an integral role in the success stories of some of the biggest names in music worldwide. Over the duration of his career, David Miller has been credited for successfully developing musical campaigns for music greats such as Boyz 2 Men, Jodeci, Mary J Blige, Soul for Real, Heavy D and The Lost Boyz. 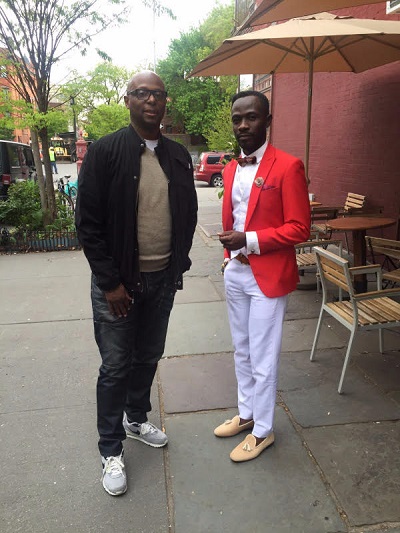 After a closed-door meeting with David Miller to discuss Okyeame Kwame’s Global Brand and Career, Okyeame Kwame said “Indeed I am honored to have been granted audience with this legend. It was a very promising meeting and I am very optimistic that the outcome will be massive.”

Okyeame Kwame is set to thrill New Yorkers with three live performances. He kicks it off on May 13 at SOB’s (204 Varick Street). The next performance will be hosted by Annie O at The Standard, East Village on Tuesday, May 17th 2016. His final performance will be the WBLS Live Performance on May 19th at the Milk Power (960 Atlantic Ave, Brooklyn).